The World Cup Wallchart was created 'just' in time for the 2014 World Cup in Brazil.

As a child I always had a Wallchart stuck on the wall during a World Cup which I slowly filled in during the tournament.

I wanted to reproduce the idea of a wallchart in the browser and this provided a good test for my JavaScript skills and offered an opportunity to create my first single page application.

The application is written entirely in vanilla JavaScript using Twitter Bootstrap for the responsive layout.

The user completes the scores as the tournament progresses and the application calculates tables and updates the view. On the completion of each round the teams that have qualified are moved into the next round up until the final.

The scores are stored in the browsers Local Storage so the user can update the scores as the tournament moves along. 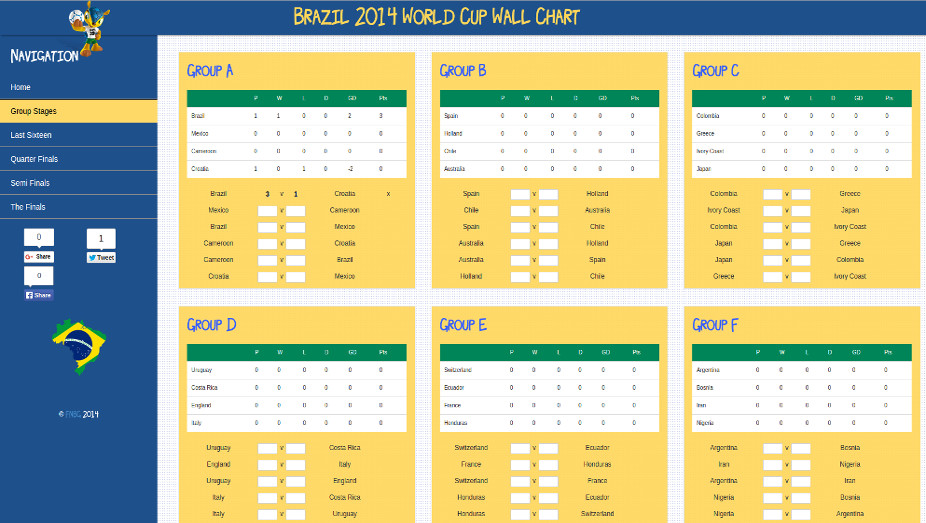